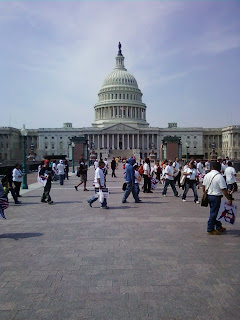 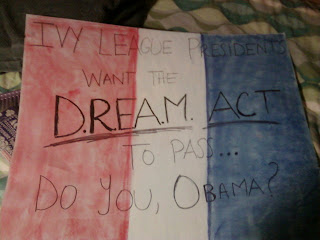 Skorton letter in favor of DREAM Act attracts support of university presidents
By George Lowery
Cornell President David Skorton has written a letter in support of bipartisan legislation that would provide some undocumented students with a pathway to permanent U.S. residency. The letter, which has been sent to members of Congress, has also been signed by eight New York state university presidents.

Under the DREAM Act, undocumented alien students who arrive in the United States as minors and who graduate from a U.S. high school would obtain temporary residency for six years. During that time they must acquire a degree from a U.S. institution of higher education or complete at least two years, in good standing, in a program for a bachelor's degree or higher degree, or have served in the military for at least two years and, if discharged, have received an honorable discharge.

"I am very excited to hear of President Skorton's support of the DREAM Act. Cornell University, alongside its peer institutions, is certainly in a position to have real effects on the type of attention that the DREAM Act garners within the discussion on immigration reform," said Alex Cárdenas '10, an American studies major.

He continued, "For many of my classmates, the lack of financial support and even the 'othering' of their college experience through the lack of protective measures which would safeguard them from actions such as deportations (which has occurred to Cornell students in the past) allows me to say that we must push to do more for the protection of this country's scholars. The [DREAM] Act is a measure to ensure that thousands of students who wish to pursue higher education in this country have the necessary means and support to do so."

The letter reads, in part:

"We would also like to take this opportunity to affirm our strong support for federal legislation that would provide a pathway to legal residency -- and remove barriers to higher education -- for thousands of students who are not legal residents of this country, through no fault of their own.

"As you prepare to introduce comprehensive immigration legislation, we urge you to include the bipartisan 2009 DREAM Act -- the Development, Relief and Education for Alien Minors Act -- which provides undocumented immigrant children who graduate from U.S. high schools in good standing with conditional residency status.

"This would enable them to enroll in colleges and universities in states that currently do not recognize them and to qualify for some federal and state financial aid benefits as well as in-state tuition.

"Currently, undocumented children can only obtain permanent residency through their parents. Many of these students came to this country as infants. This is the only home they have ever known, the only language they speak. They are the products of our excellent primary and secondary educational system and they deserve the right to access our institutions of higher education and become productive and engaged members of our society.

"This legislation will correct an injustice perpetrated upon thousands of American students and ultimately will benefit our country. It is the right thing to do and should be done now."
Posted by ECCSF